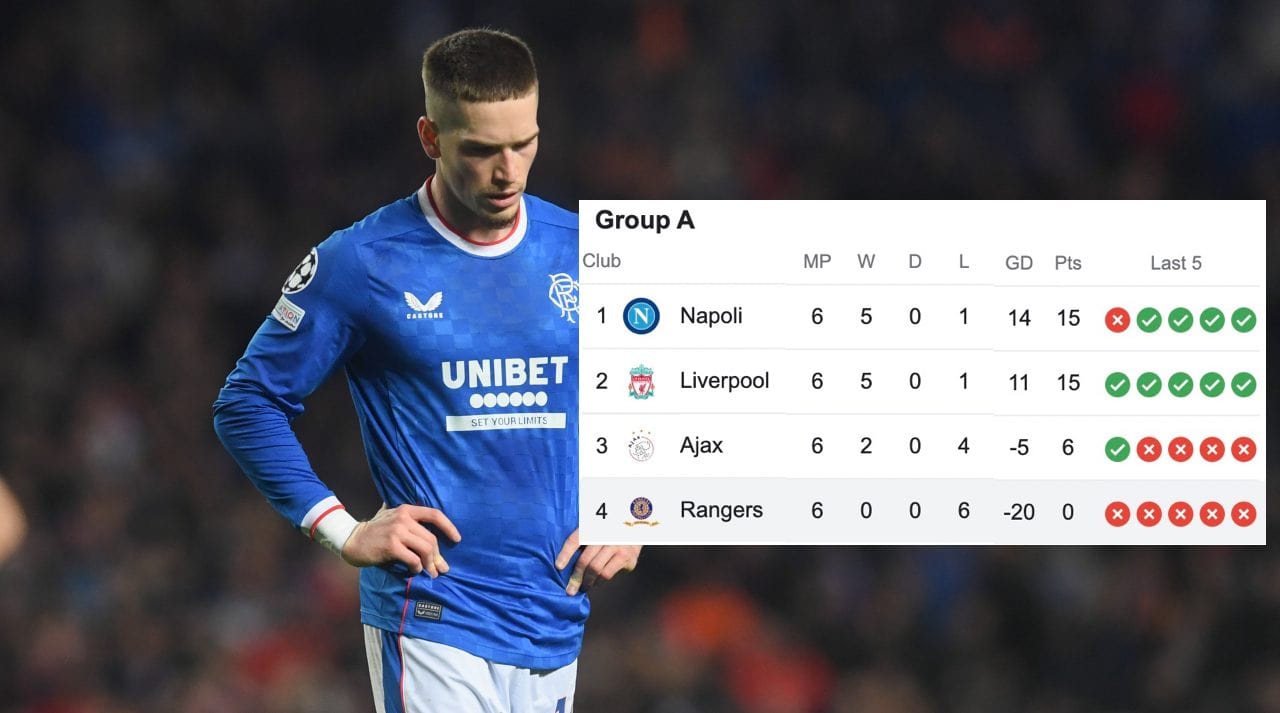 Rangers are dealing with the prospect of a 3 year ban from Europe’s elite club competition adhering to a frustrating campaign. The Scottish titans videotaped the most awful performance of any group because the competitors started.

” Rangers are shite,” UEFA head of state Aleksander Čeferin told Soccer on Sunday. “This is not my viewpoint– it is a statement of fact. The competition is brought into disrepute if one individual does not have basic abilities, such as controlling the ball and also passing to a colleague.”

” A three year ban is warranted,” said the 55 year-old. “Possibly much shorter if Rangers can demonstrate that they have actually made strides towards being less shite. I want them well, yet the Champions Organization have to not become an unloading ground for Scottish scrap.”

” They’re absolutely shite,” included Čeferin, raising his voice as well as pounding the workdesk with his fist.